Over at the Blog Herald, there’s a great article on why people shouldn’t be using partial feeds. The author makes a lot of good points, essentially boiling it down to the fact that there are no benefits to using a partial feed. It doesn’t deter sploggers from stealing your content and it doesn’t bring extra traffic to your site; you are basically just frustrating your regular readers and alienating new ones. Read the full article for more.

What I find funny is his rationalizing of why it’s okay for some blogs (*ahem* the one he’s writing on) to use partial feeds. The only instance in which I think it’s okay to offer a partial feed is if you offer a full feed as well. I have seen several blogs that offered a full feed with ads and a partial feed without ads. I have no problem with that, it even kind of makes sense. Although, I can’t imagine there are an overwhelming number of people that hate ads so much they would put up with the frustration of a partial feed. But different strokes, right?

You should respect your readers enough to let them choose how they want to view your site. Offering just a partial feed takes that choice away and more often than not, they won’t bother reading at all. 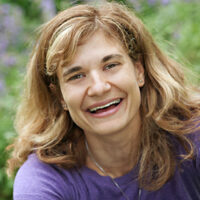 “Swank Web Design has taken all the stress out of creating and maintaining my author website. From the initial creative brainstorming to making sure I was GDPR compliant—this whole relationship has been a joy. At the end of the day—if I need anything–I know Swank will be there to support me.”

Ready to get started?

Visit our Portfolio to see our latest work. Want to know the cost upfront? See our Services page for more about our Web Design packages and addons. Got Questions? Visit our Frequently Asked Questions or read about our Design Process.